Oral leukoplakia might sound menacing, but the condition is generally harmless and is little more than an annoyance. They're small, raised lesions in your mouth and can usually be spotted by their colour. They're usually white or grey, in contrast to the surrounding tongue or membrane, which has a pink hue. But what exactly are they?

Response to an Irritant

An oral leukoplakia forms in response to an irritant, and can have a number of causes. It can actually be your tongue or oral mucosa's reaction to smoking and is essentially your oral tissues protesting against the carcinogenic compounds passing through your mouth while you inhale. Alternatively, it can be caused by friction when a certain site on your tongue or oral mucosa repeatedly rubs against an irregularity on a tooth. How is an oral leukoplakia identified?

Your dentist will often spot the emergence of an oral leukoplakia during a routine examination, but you can easily spot them yourself while cleaning and flossing your teeth. They're usually seen before they're felt, as the lesions are generally not painful. They can, however, sometimes trigger mild sensitivity. They differ from canker sores, which are open lesions, and can be quite painful for some people. What happens when a leukoplakia is spotted?

In order to make a definitive diagnosis, a tiny fragment of the lesion will be removed and sent away for testing, just to be sure that it is in fact a leukoplakia. While your dentist might already strongly suspect that the lesion is nothing more than a leukoplakia, a biopsy can be needed to confirm this. Once confirmed, does an oral leukoplakia require treatment?

The need for treatment depends on the size and location of the leukoplakia. When the lesion is caused by friction (a section of your tongue or the lining of your cheek rubbing against an irregular tooth), the tooth causing the friction will be modified. This could involve removing a chip or crack or even filling a cavity. It's just a matter of your dentist treating the portion of the tooth causing the friction. When it's thought that your issue is the result of smoking, you will need to reduce your smoking or quit entirely (which is always the best option).

Although an oral leukoplakia will generally disappear once the source of irritation has been managed, it's also possible for your dentist to remove the lesion if desired. 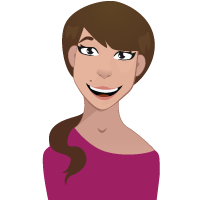 Hello, my name is Mel and I have amazing teeth. I haven't always had white teeth. In fact, my teeth used to be pretty bad. All that changed one day when I woke up and noticed that my teeth made me look really terrible. I was really upset and I went around to my parent's house. They suggested that I contact my old family dentist. My old dentist was great. He carried out a number of treatments which really brightened my teeth. I was so pleased with my new smile. I hope this blog inspires others to take better care of their teeth.